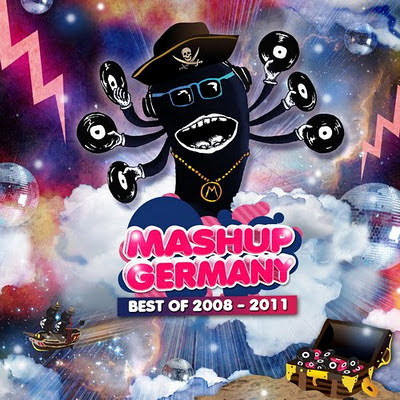 Mash-Up Your Bootz member and Resident DJ of our BOOTIE Berlin Party; MASHUP-GERMANY aka Ben Stiller; released his "BEST OF 2008 - 2011" and tells us some words about the last 4 years:

"Exactly four years ago, I’ve uploaded my first mashup video to youtube. I used the account “BenStilller” and the name “Mashup-Germany” (delusion of grandeur?). My first production were pretty bad, but fortunately they improved over time. Soon later my youtube channel started to lift off. Within two years it had over 12 million views and this was when WMG decided to close it down due to copyright claims. Of course I was angry, I put so much work into it, but it didn’t stop me from producing mashups. True passion is true passion! Today I am supported by many labels, artists and last but not least by you guys! mashup-germany.com has over 2000 unique visitors every day and you guys are REALLY unique! During my Mash Mob tour I’ve travelled half the world from Brazil to Russia and got to meet many of you guys. We talked and partied a lot and shared our love for music and life. To thank you guys for all that love, I’ve decided to put a Best of Mashup-Germany 2008-2011 sampler together. I chose 54 of my favourite mashups and revisited or remastered some of them. CD1 and CD2 are almost all mashups in English language. CD3 is mostly German. You can choose to either download the CDs one by one or download them all together in one big file. Thank you for all your support and enjoy the music!" 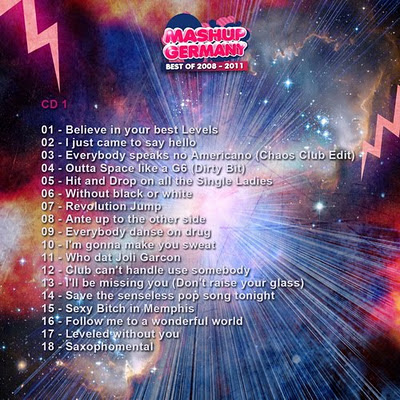 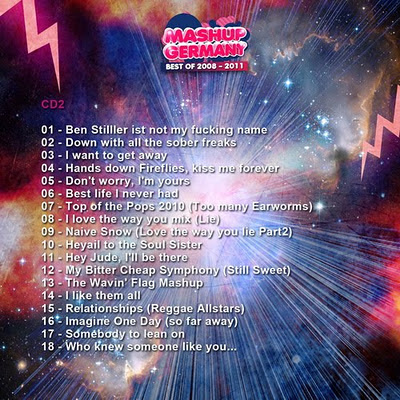 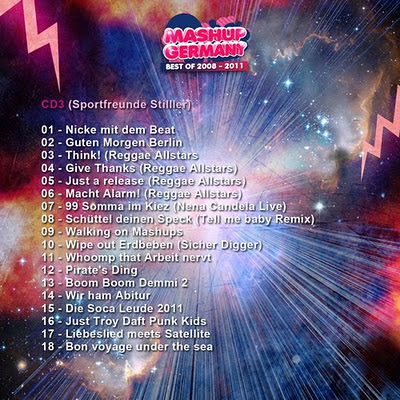 This is the website for the Mash-Up Your Bootz Party Samplers.
Mash-Up Your Bootz is a Bastard Pop Party Label and was created in Berlin back in 2007 by DJ Morgoth. From 2009 - 2013 MUYB presented BOOTIE Berlin, Berlin's version of the biggest Mashup Party in the World.
If you want to book the MUYB DJ's for spinning & rockin' your party, get in contact with us!
Contact:
mashupyourbootz@gmx.de

All mixes linked to on this site are created for entertainment, and as demonstration of mixing and production techniques only. The copyright for the individual tracks used remains with the artist. If you like the mixes, created by DJ's all over the world for fun, please buy the original songs and support the original artists. If you are a representative of either the artist or the publishing company and would like the tracks removed, please contact me directly and I will take the tracks offline. Better still, if you are a representative of the artist and like what the DJ's have done here, contact me directly and offer us some proper remix work.

When you visit a page of our website that contains a social plugin, your browser establishes a direct connection to Facebook servers. Facebook directly transfers the plugin content to your browser which embeds the latter into the website, enabling Facebook to receive information about your having accessed the respective page of our website. Thus we have no influence on the data gathered by the plugin and inform you according to our state of knowledge:

For the information on the purpose and scope of data collection and procession by Facebook, as well as your rights in this respect and settings options for protecting your privacy please visit Facebook's privacy policy: http://www.facebook.com/policy.php.